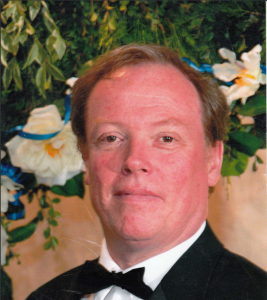 Stephen Maltby has taught music in a variety of schools in Grimsby, Liverpool and Whitby for nearly forty years.

He studied music in Colchester, at Dartington College, Liverpool and Leeds; he was taught the organ by Harrison Oxley (Bury St Edmunds Cathedral) and Noel Rawsthorne (Liverpool Cathedral). He has been an organist in a variety of churches and lay clerk in Liverpool Metropolitan Cathedral Choir.
He has a B.A. (Hons) in Organ performance, a Master’s degree in Music and Liturgy, a Postgraduate Certificate in Education and is a Fellow of the Incorporated Society of Musicians.
He retired from full-time teaching in 2015 and is now a free-lance musician. Stephen conducts a variety of choirs in the Whitby area: The Dalesmen Singers, Tuesday Singers and Saint Hilda’s Festival Chorus. He is Organist and Choirmaster at St Hilda’s Church, West Cliff, and St Mary’s Parish Church in Whitby.
Stephen has conducted many of the world’s choral classics and orchestral favourites and has taken choirs  to sing in many European countries and also in Canada.
In 2018, his work as an examiner and tutor for the RSCM over many years was recognised by his being awarded a Certificate of Special Service. (Cert. RSCM)
In his ‘free-time’ he is a volunteer on the North York Moors Railway, a case-worker for the NASUWT and Chairman of the Whitby and District Rotary Club’s Youth Committee.